History of the Oil & Gas Industry in Michigan 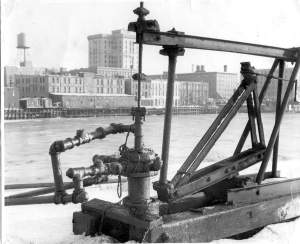 While small amounts of oil and gas were found in Michigan during the early prospector period during the late 1800s after oil was discovered in nearby Ontario, the wells producing these resources were small scale and low producing.  Geologists in the early 1900s suspected that there was enough oil underneath Saginaw to make oil wells profitable.  In 1925, the Saginaw Prospecting Company drilled a test well in Deindorfer Woods that produced enough oil to be sold commercially.  This attracted other oil explorers to Michigan, both in the Saginaw area and beyond.

In 1927, the Dixie Oil Company, a subsidiary of Standard Oil, found a substantial amount of oil and gas in a well in Muskegon County.  The test well settled at about fifty barrels of oil per day, and caused investors to flock to western Michigan.  Muskegon Development Company was created during this time, and the company is still run by the Myler family today. 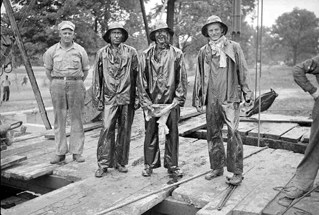 The discovery made Muskegon a boom town.  In 1928, an estimated 1,000 people were involved in the oil industry.  The Muskegon Chronicle estimated that oil had led to an investment of about $2 million in the area, with another $1 million in the current drilling operations.  After the discovery of oil, leases jumped from $1 per acre to $5 to $50 per acre.

During the 1920s, nine more fields were discovered after the Saginaw and Muskegon fields.  The largest and most important of these new fields was the Mt. Pleasant Field in Isabella and Midland Counties because it confirmed geologist suspicions that Michigan’s oil deposits were not basin flank anomalies, but instead there were oil deposits throughout the Michigan Geological Basin.

The Pure Oil Company among others acquired leases throughout the area.  Pure Oil acquired leases to about 100,000 acres of land.  In 1928, Pure Oil struck oil in a well on the Laura Root farm in Midland County.  The strike was the richest and deepest of the decade and the fourth largest in the history of the Michigan oilpatch, producing 29 million barrels of oil.  Pure obtained a pipeline right-of-way to link its wells to Mt. Pleasant and built a pipeline to the Mt. Pleasant railhead, shipping oil to Imperial Refining in Sarnia, Ontario.